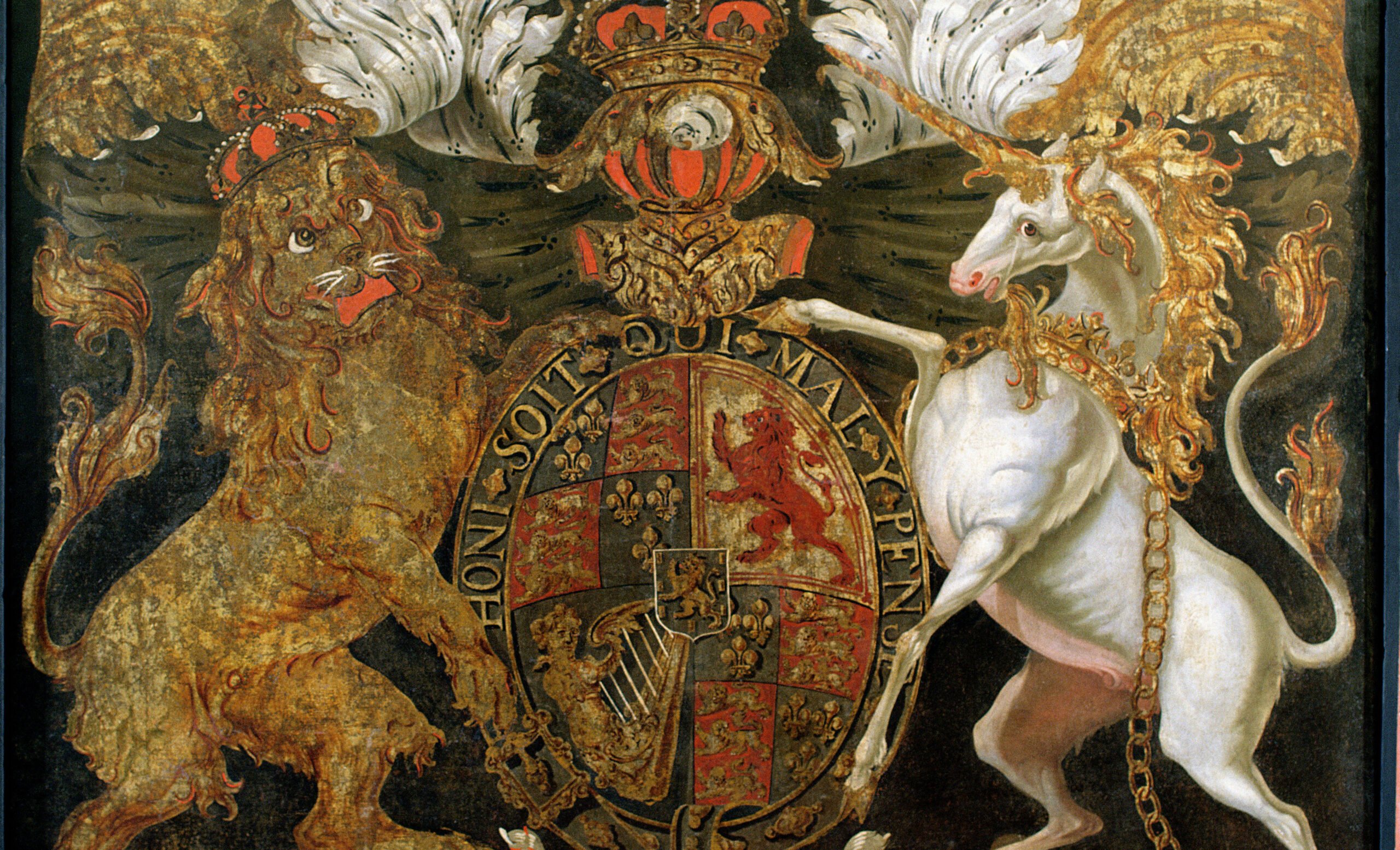 All peers and baronets are entitled to bear a coat of arms, or to apply for a grant of arms. These heraldic devices are regulated by the College of Arms (England and Wales), the Lyon Office (Scotland) and by the Chief Herald (Ireland).

The ancient science of heraldry is thought to have evolved as a practical way to distinguish one combatant from another, both in tournaments and on the battlefield. The expression 'Coat of Arms' came about from the practice of a knight having his family insignia embroidered upon his surcoat - a garment that was worn over his armour or chain mail. The insignia was also woven into the knight's horse's caparison and painted onto his shield. Tournaments became popular in the first half of the 12th century and, as the century progressed, the shield became the dominant means of displaying heraldic insignia.

It was natural that a knight should wish to use, in campaign and in tournament, the shield-device that his father had borne before him. This, together with the association of personal insignia with the inheritance of lands and feudal rights, led to the coat of arms becoming hereditary, descending from father to son. The practice of using marks of cadency (badges borne on the upper part of a shield), used to distinguish one son from another, was standardised in the early 15th century.

There are three principal divisions of coat armour - the field (or ground), the tinctures (metals, colours and depiction of furs) and the charges (or symbols). Charges may depict divine or human beings, lions, deer or other creatures, monsters, natural and inanimate objects. Perhaps the most famous charge is the lion rampant. The kings of England and Scotland have displayed lions in their arms since they first possessed any true armorial insignia. The lion is shown standing upright, one hind paw on the ground, the other three paws raised; the beast is looking forward and its tail is erect. Tinctures are the colours used in heraldry: or (gold), argent (white), azure (blue), gules (red), sable (black) vert (green) and purpure (purple).

A peer's coat of arms will also depict a coronet, appropriate to his rank, and above this is the crest, mounted on a helmet. The crest may be a human figure, a beast, bird, monster or object. On either side of a peer's shield are figures that guard and uphold the shield, known as supporters. They may be angelic or human beings, or any kind of living creature, natural or imaginary. Savage men frequently act as supporters of Scottish shields. The supporters of the royal coat of arms are a lion and a unicorn. The right to bear supporters is now restricted to peers (the lords spiritual do not use supporters), certain orders of knighthood, county, city and borough councils, and certain corporations.

The heraldic description of a coat of arms is called a blazon. The supporters are described as being to the 'sinister' (left) or 'dexter' (right) of the peer's shield. Their position is described from the point of view of the wearer (the mirror image of the coat of arms when it is reproduced on the page).

Although not an integral part of the arms, most peers and baronets possess a motto. Generally speaking, these are short and to the point, such as 'God defend the right', 'By iron, not by the sword', and 'Diligence with humility', but often the heralds who create the arms can have a light touch, not only with the design, but also with the motto. Elton John's, for example, is 'El tono es bueno'.