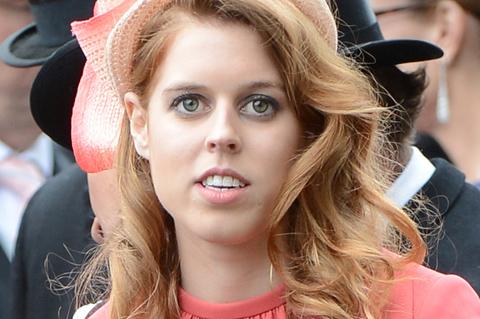 Beatrice Elizabeth Mary, born 8 August 1988, is the elder daughter of the Duke of York, and Sarah, Duchess of York. As a male-line grandchild of The Queen, she is styled Her Royal Highness, with the title Princess.

Beatrice was educated at Upton House School in Windsor and Coworth Park School in Surrey. Her secondary education was at St George's School in Ascot, where she graduated with A-levels in drama, history and film studies. She went to Goldsmith's, University of London, in 2008, taking a joint honours degree in history and the history of ideas. She graduated in 2011 with a 2:1.

Beatrice's younger life was comparatively free from media intrusion although as an adult she takes an active part in London society and is often photographed on the party circuit. She has attended a number of official royal occasions, such as The Trooping the Colour and The Queen's 80th Birthday. She and her sister were also guests at the Concert for Diana in 2007, organised by their cousins William and Harry.

Princess Beatrice hit the headlines when she wore an eccentric Phillip Treacy-designed hat to the wedding of Prince William and Catherine Middleton. She repsonded to criticism of her choice by putting the hat on eBay, and it fetched £81,000, which was split between Unicef and Children in Crisis.

She has several charitable interests and is a global ambassador for Children In Crisis, which aims to educate children in the poorest countries to help lift them out of poverty. She is also involved with Springboard For Children, which provides literacy support to disadvantaged children in inner-city primary schools, and is Patron of the Teenage Cancer Trust and a number of other organisations.

Princess Beatrice has appeared as a non-speaking extra in the film The Young Victoria, based on the early years of her great-great-great-great grandmother, and has worked as a sales assistant at Selfridges. She worked for an investment capital firm in London until the summer of 2013 and in January 2014 began an internship at Sony Pictures Europe’s London headquarters. She married Italian property tycoon Edoardo Mapelli Mozzi in a private ceremony at Windsor in July 2020 and their daughter, Sienna Elizabeth, was born in London on 18 September 2021.