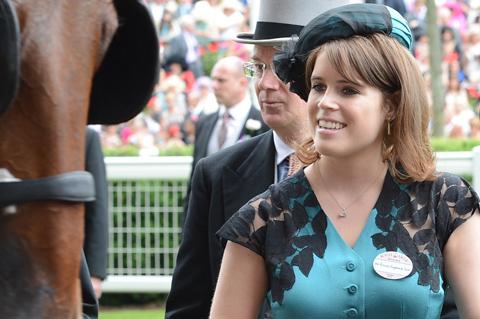 Eugenie Victoria Helena, born 23 March 1990, is the second daughter of the Duke of York and Sarah, Duchess of York. Along with her elder sister, Beatrice, she is styled Her Royal Highness, with the title Princess.

At the age of 12, Eugenie had to undergo seven hours of surgery to correct the curve in her spine caused by scoliosis. She has two titanium rods in her back.

She has attended a number of official royal occasions, such as The Trooping the Colour and The Queen's 80th Birthday. She and her sister were also guests at the Concert for Diana in 2007, organised by their cousins William and Harry.

She has attended a number of official royal occasions, such as The Trooping the Colour and The Queen’s 90th birthday celebrations. She and her sister were also guests at the Concert for Diana in 2007, organised by their cousins William and Harry.

In 2009 she went to Newcastle University and took a combined Honours in Art History, English Literature and Politics, gaining a 2:1.

On 2 June 2011 Princess Eugenie undertook one of her first official engagements when she visited the Royal National Orthopaedic Hospital with her father. She has been Patron of its Redevelopment Appeal since 2012. She is also a patron of the Teenage Cancer Trust and co-founder of the Anti-Slavery Collective, which aims to raise awareness of modern slavery.

In 2013 Eugenie worked for an online auction company based in New York, but returned to London in 2015 to work for gallery Hauser and Wirth, where she was made a director in 2017.

In October 2018 Eugenie married Jack Brooksbank, whom she had met seven years earlier on a skiing holiday in Verbier, at St George’s Chapel, Windsor Castle.

On 9 February 2021, Princess Eugenie and her husband welcomed the birth of their son, August Philip Hawke Brooksbank.