Creation and Inheritance of Peerages

Creation and Inheritance of Peerages 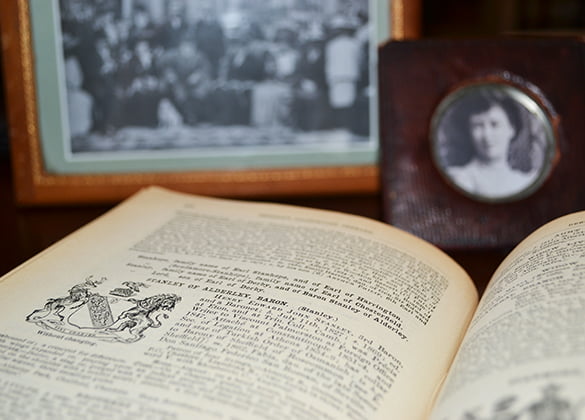 The creation and inheritance of peerages is a royal prerogative. In modern times all peerages have been created by letters patent. The patent, which is a parchment bearing the Great Seal but no signature, describes how the title may descend after the death of the person who has been ennobled - this is called the remainder.

Usually there is a limitation on the remainder, ie the title is limited to the male heirs of the body, legally begotten (ie legitimate), but some patents contain a special remainder, whereby other members of the family (for example, daughters, brothers or sisters or their children) may inherit the title. War leaders, such as Nelson, Kitchener, Allenby, Mountbatten and Portal, were all created peers with a special remainder, as none had male issue to inherit, and this gave these peerages a better chance of survival.

Before the creation of peerages by patent became customary, the early English baronies were created by a writ of summons to Counsel or Parliament. Although a baron's successor did not necessarily receive a similar summons, successors of the more important barons generally did, by which process a hereditary barony gradually emerged.

The remainders of baronies by writ, having no patent, are not limited to 'heirs male', but to heirs-general. So, for instance, if such a baron died without leaving a male heir, but leaving a sole daughter, this daughter would be permitted to inherit the barony.

Should there be more than one daughter, the title will fall into abeyance between the co-heirs. The co-heirs should come to an honourable agreement (ie without bribery or corruption) as to which of them is to claim the title, and then the claimant may petition The Crown to have the abeyance terminated. A claimant must represent at least a third share of the abeyant title, and the title must not have been in abeyance for more than a hundred years. The Sovereign may terminate an abeyance by exercise of the royal prerogative.

If, in the fullness of time, the co-heirs to an abeyant peerage diminish to a single heir, the claimant may assume the title without petition to The Crown. Recent examples of peerages being called out of abeyance include Strange 1986, Grey of Codnor 1989, Berners 1995, Arlington 1999 and Howard de Walden 2004.

In the Peerage of Scotland the rules of inheritance are more varied, as dictated by the limitation. The destination may be to 'heirs male whatsoever' (somebody who may not be in a direct line of descent from the first peer), or heirs male 'of the body' (similar to most English remainders), or 'heirs male of tailzie' (entailed estates), or 'heirs whatsoever' (ie whether male or female). A remainder worded 'heirs whatsoever' prevents a peerage from falling into abeyance between co-heirs as it enables an elder daughter to inherit even if she has a sister.

In the Peerage of Ireland succession descends according to the limitation. Although the original limitations of the older peerages are not always known, it is now held that there are only two which could pass in the female line (the viscountcy of Massereene and the barony of Loughneagh), both of which are currently held by Viscount Massereene and Ferrard.