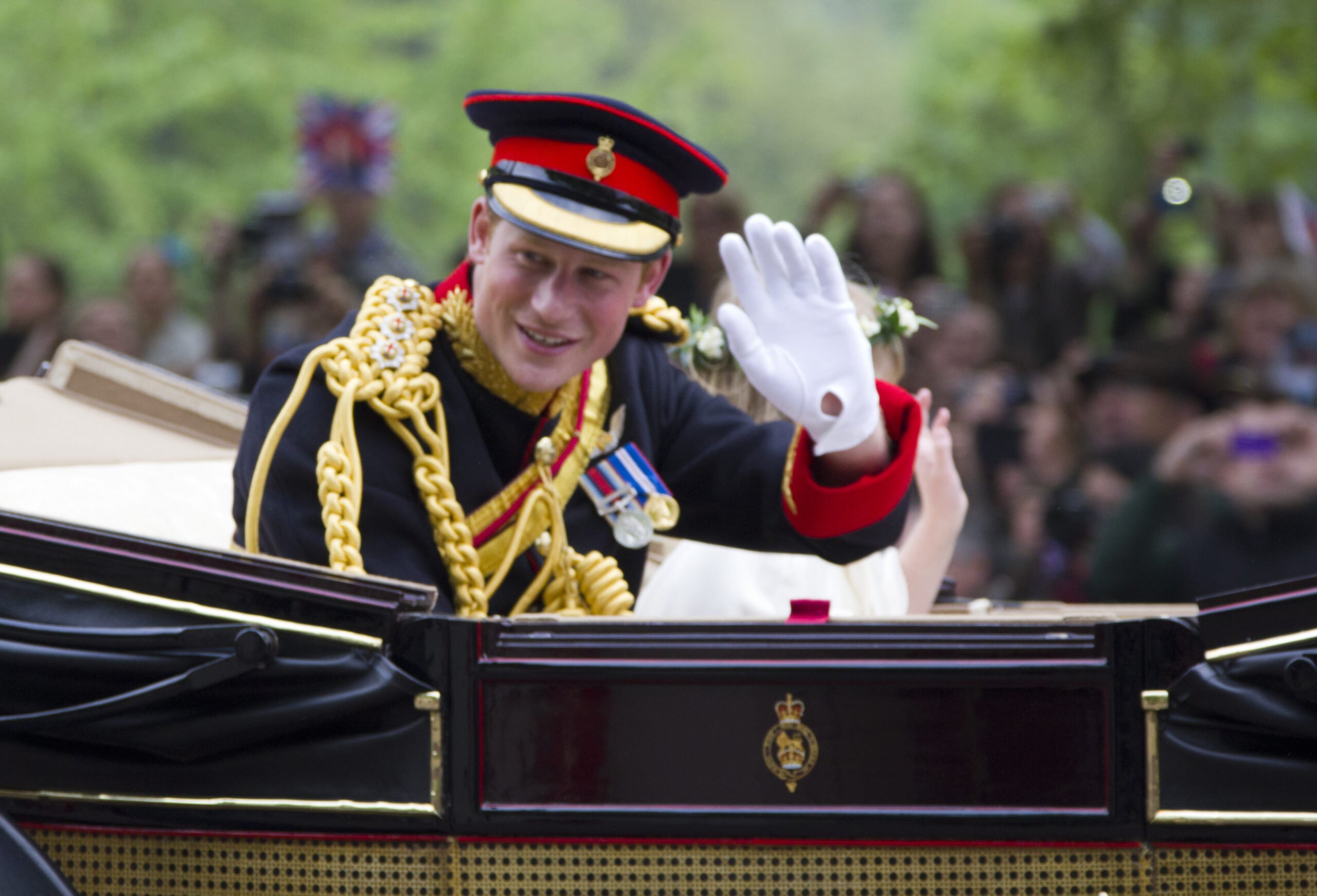 Henry Charles Albert David, commonly known as Prince Harry, was born on 15 September 1984. The younger son of Prince Charles, he is sixth in line to the throne.

Like his older brother William, Harry benefited from his mother, Diana Princess of Wales’s, insistence that her sons should live as normal a life as possible. Despite his parents' estrangement, Harry enjoyed accompanying his mother on a range of trips – from visits to AIDS hospices to excursions to Disneyland. Harry's parents first took him on a royal tour, to Italy, in 1985, and he travelled extensively with his parents before their divorce.

When his mother died in a car crash in 1997, Harry accompanied his father, brother, grandfather, and uncle –Earl Spencer – as they walked behind her funeral cortege.

Harry attended Eton and gained A-Levels in art and geography. He excelled in sports, developing his passion for polo and rugby union.

He spent his gap year working on a cattle ranch in Australia and travelled to Lesotho were he worked with orphaned children.

In 2005 Harry entered the Royal Military Academy in Sandhurst, completed his training and within a year was commissioned into the Blues and Royals. By 2008 he had been promoted to the rank of lieutenant.

When it was announced in February 2007 that Harry was being deployed on the front line in Iraq, there was considerable controversy. The prince was passionately keen to serve on active duty, and at first the army supported him, but by May it had become apparent that several groups had already made threats against the prince, who was seen as a high-value target. The prince could only accept the army's decision not to deploy him but his disappointment was palpable.

In 2008 it was revealed, following intense media speculation, that Harry had been secretly deployed in Helmand province in Afghanistan as a Forward Air Controller, where he helped Gurkha troops repel a Taliban attack.

In 2008 he announced that he was planning to follow his brother, father and uncle and undergoing RAF training to fly military helicopters. In April 2010 he passed the Army pilots' course. In 2013 he undertook a second tour of duty in Afgahnistan.

In 2006 Harry launched Sentebale, a charity devoted to helping children orphaned by HIV/AIDS. He and his brother organised a memorial Concert for Diana at Wembley Stadium on 1 July 2007 to raise funds for this charity.

Along with the Duke and Duchess of Cambridge, Prince Harry was an Official Ambassador for Team GB and Paralympics GB for the 2012 Olympic and Paralympic Games. He is actively involved with Walking with the Wounded and has been on polar expeditions with them.

To further their charitable work, Prince Harry and Prince William created their own Foundation in 2009, now called the Royal Foundation. The Duchess of Cambridge also became a Patron in 2011, and the Duchess of Sussex in 2018.

In 2016, Harry met American actress Meghan Markle through a mutual friend. Their relationship was made public later that year when Harry issued a strongly-worded statement denouncing the media’s ‘abuse and harassment’ of Meghan.

The couple became engaged in November 2017 and were married at St George’s Chapel, Windsor, On 19 May 2018.

On the wedding day, the Queen created Prince Harry Duke of Sussex. The title also has lesser (or subsidiary) titles, in this case Earl of Dumbarton and Baron Kilkeel. The couple's first child, Archie Harrison Mountbatten-Windsor, was born on 6th May 2019; he is seventh in line to the throne. Their daughter, Lilibet Diana Mountbatten-Windsor, was born in California on 4th June 2021; she is eighth in line to the throne.

In January 2020, the Sussexes stepped back from royal duties and discontinued the use of HRH. The correct forms of address for Harry and Meghan are now The Duke of Sussex and The Duchess of Sussex. They continue to be involved with a number of charities both in the UK and internationally, and live in California.