A Tribute to Her Majesty Queen Elizabeth II

A Tribute to Her Majesty Queen Elizabeth II


Queen Elizabeth II was the most famous woman in the world and the  longest reigning British monarch. Over her 70 years on the throne she did her job with indefatigable dedication and good humour and was rewarded with enduring public popularity. Her charm, stamina and commitment were universally admired.

Elizabeth Alexandra Mary's accession to the throne, which came when she was just 25 years old, thrust a diffident and serious young woman onto the world stage. She had been removed from ordinary life by her sheltered childhood, spent in the rarefied atmosphere of palaces and castles. She was used to having her life managed by a world of courtiers, advisors and servants. Following the abdication crisis of 1936, she had observed her beloved father shouldering the responsibilities of kingship, and would have been under no illusions about the hard road that stretched ahead.

Her marriage to Prince Philip in 1947 was at a time of great gloom and austerity, when life in Britain was still dominated by the long shadow of the Second World War. In her exquisite Norman Hartnell gown, Princess Elizabeth was a beautiful and radiant bride, who glowed with newfound happiness. Elizabeth and Philip were a glamorous couple, much photographed and talked about. They seemed to personify the advent of a new, more optimistic, Elizabethan age.

Since she was ten years old she had been prepared to embrace her destiny in myriad ways. Her imposing grandmother, Queen Mary, had a compendious knowledge of British Royal bloodlines and protocol; she recommended that a monarch should never allow herself to get too close to her advisors. From her earliest childhood the Queen has been the subject of rapacious public interest. Even before she became Queen, she had been exhaustively photographed, filmed, and written about. After a lifetime spent in the public spotlight, it was scarcely surprising that she played her part with great sang-froid and aplomb when she was called upon to participate in state occasions, such as her own coronation in 1953, which was televised for the first time and watched by an unprecedented audience of over 27 million in the UK.

Elizabeth’s coolness and poise were amongst her most impressive attributes. Although she was petite, she wore her regalia well, never appearing to be dwarfed by an array of diamonds, sashes and tiaras, always maintaining an elegant, and regal, façade. Like Queen Mary before her, she understood that the public attitude to the monarchy was paradoxical; they wanted a queen who was just like them, but also wanted her to be strikingly different.

Everything about her appearance was carefully choreographed; her jewellery was dazzling her clothes were frequently symbolic, she was bedecked with orders of chivalry. Her image became a British icon, manifest on stamps and currency. Yet she never appeared to be overwhelmed by her own symbolism.

As a politically impartial constitutional monarch, the Queen represented the permanence and stability of the nation, removed from the ebb and flow of party politics. In the privacy of her weekly meetings with prime ministers, however, she had a right and duty to express her views and ask probing questions. The Queen has appointed sixteen successive prime ministers (Harold Wilson was appointed twice), and received the new prime minister, Liz Truss, just two days before her death; they  have been  impressed by her intelligence, her grasp of complex issues, and her awareness of the public mood. The Queen was also head of the Commonwealth, and remained a committed supporter who insisted on fulfilling her obligations to member states even when her personal safety was at stake.

As an ambassador for Great Britain, she promoted commercial, diplomatic and strategic relations between nation states. She embarked on a succession of arduous and demanding state visits, made countless keynote speeches, attended state banquets and met ordinary people all over the world. Her tact and diplomacy, and her impressive energy and stamina, were legendary.

No one would call the Queen ordinary, but she was, above all, human. She had a husband, was happily married for almost 74 years, and had four children. As a daughter, sister, mother, grandmother and great grandmother, she upheld and asserted her family values throughout her reign.

She grew up in a family whose life was ruled by duty and protocol. Emotions were contained and a stiff upper lip was always maintained. The Queen displayed a dogged dedication to duty and avoided displays of emotion or outright confrontation. Her austerity and self-control, her protectiveness of the institution of the monarchy, and her unique symbolic position were all isolating factors. Unsurprisingly she was fascinated by everyday life and ordinary people.

Despite the relative formality of her public persona, the Queen was an excellent conversationalist, an accomplished mimic and a keen and humorous observer of human foibles. Over the course of her long reign she became more serene and relaxed; her smile came readily and her genuine enthusiasm – whether it was for a winning horse (a lifelong passion), or for her grandsons’ weddings – was recognisable and infectious.

In the course of Elizabeth’s long reign she witnessed the advent of the new egalitarianism in British society, and the end of the age of deference. She opened up and revitalised a traditionalist and hidebound institution, bringing about major upheavals in the Royal finances, opening Buckingham Palace to the public and discarding old established courtly rituals, such as the presentation of debutantes. She presided over a protracted, and sometimes painful, transition into the 21st-century world, and at times felt beset by the burgeoning of celebrity culture, the many vicissitudes in the lives of her children and grandchildren and the antics of the ever-intrusive media. But she never faltered in her belief in the mystique of the monarchy and her own unique destiny.

Even after the death of her lifelong companion, Prince Philip, in 2021, she continued to serve the public with indefatigable dedication and good humour, and remained a much loved and respected figurehead of the British people. Her platinum Jubilee celebrations in June 2022, when she appeared on the Buckingham Palace balcony, were enthusiastically and joyously embraced by the British public and visitors from all over the world.

to our weekly newsletter and receive £10 off your first shop purchase (of £20 or more), plus news, articles and offers from Debrett's
Select a shipping method
error: Alert: Content is protected !!
My cart 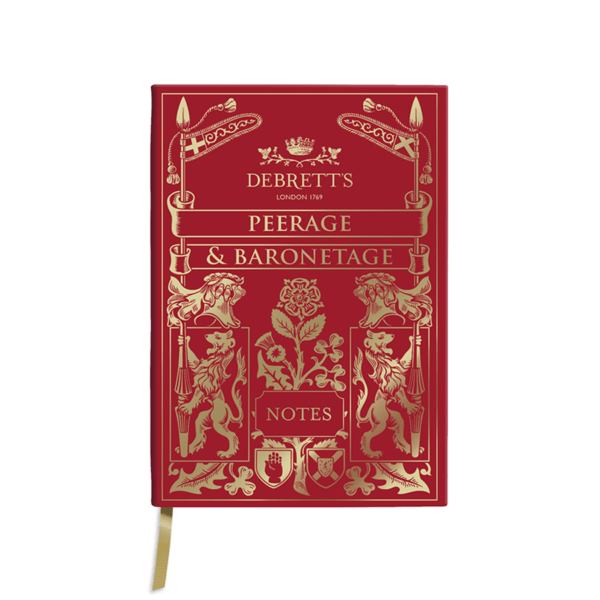