Quick Links
Royal Ceremonies
Queen Victoria's Funeral
SUBSEQUENT STATE FUNERALS
DRESS CODES
State funerals are usually reserved for monarchs, and the last such royal  funeral was in 1952 for King George VI, although an exception was made for Sir Winston Churchill, whose state funeral took place in 1965. Ceremonial funerals, which differ from state funerals in certain key respects (for example the gun carriage transporting the coffin is pulled by horses at ceremonial funerals), are reserved for statesmen, spouses of the monarch or close members of the Royal Family. 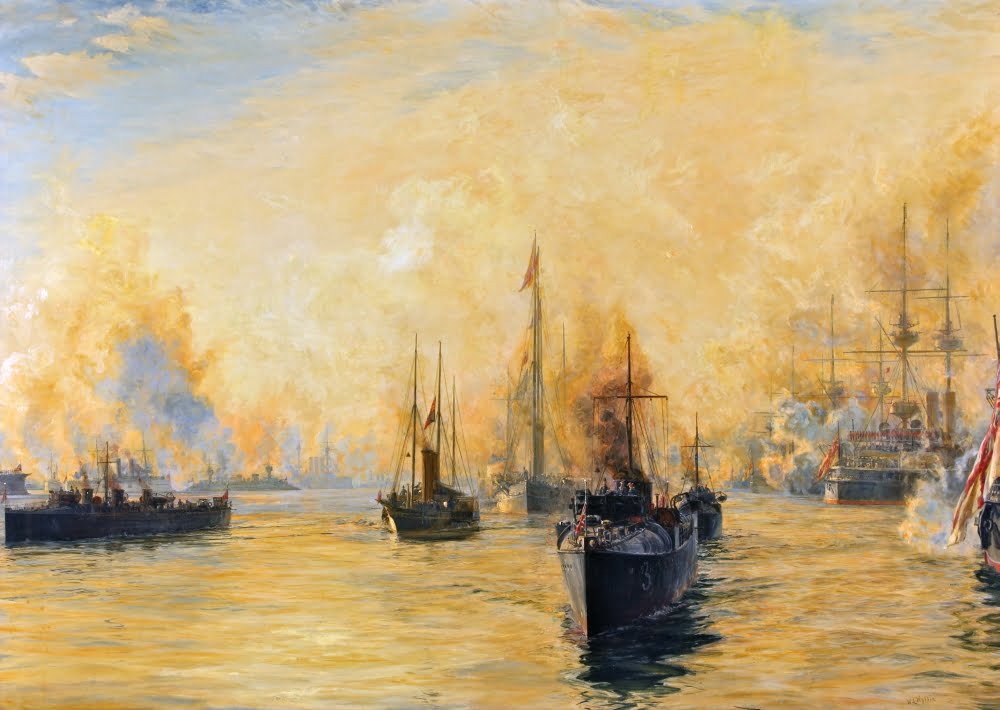 'The Passing of a Great Queen' by Andrew Wyllie depicts the the royal yacht, HMY Alberta, which carried Queen Victoria's body from the Isle of Wight, arriving in Gosport in the late afternoon of 1 February 1901.

The ceremony of a British royal funeral has evolved over the centuries, although in many respects the state funeral of Queen Victoria in 1901 has set the tone, and the last three state funerals of British monarchs have followed the same pattern.

Queen Victoria left strict instructions for her funeral service. She rejected funereal black and requested a white pall for her coffin. She was also determined to be buried as a ‘soldier’s daughter’, introducing a strong military element into the ceremony. Queen Victoria did not want a public lying in state, so the only chance the public had to participate in proceedings was the gun carriage procession from Waterloo to Paddington Station (she had died on the Isle of Wight and her body had been conveyed by boat and train to Waterloo station).

State funerals are organised and overseen by the Earl Marshal and the Heralds.

Following the lying in state at Westminster Hall, the body is conveyed on its final journey, by sailors of the Royal Navy, on a gun carriage, to Paddington Station. The coffin is draped with the Royal Standard, and on it is placed the orb, sceptre and Imperial State Crown. It is said that the tradition of using sailors to haul the gun carriage has evolved because the horses bolted at Queen Victoria’s funeral.

This procession is accompanied by members of the Royal Family, foreign and Commonwealth representatives, military contingents, state office-holders, members of the Royal Household, the Sovereign’s bodyguards (the Gentlemen at Arms and the Yeoman of the Guard). The late monarch’s equerries act as pallbearers.

Any participants in the procession, or lining the route, who are carrying arms, hold them reversed as a sign of mourning.

Following the conveyance of the body by train to Windsor, the procession is re-formed for its onward procession to Windsor Castle, where funerals have invariably taken place since 1820.

The tradition of firing ‘minute guns’ during the funeral procession has been followed for the last 300 years. One round is fired every minute, and is known as a ‘Death Gun Salute’.

The funeral and burial take place in St George’s Chapel, Windsor. Following the funeral service, the Garter King of Arms pronounces the titles and style of the late monarch. As the body is placed in the vault the Lord Chamberlain breaks his white staff of office to symbolise the end of his period of service to the monarch.

Since the funeral of Edward VII in 1910, Big Ben has rung on the morning of the funeral, starting at 10 am, sounding out as many strokes as there were years in the dead monarch’s life. 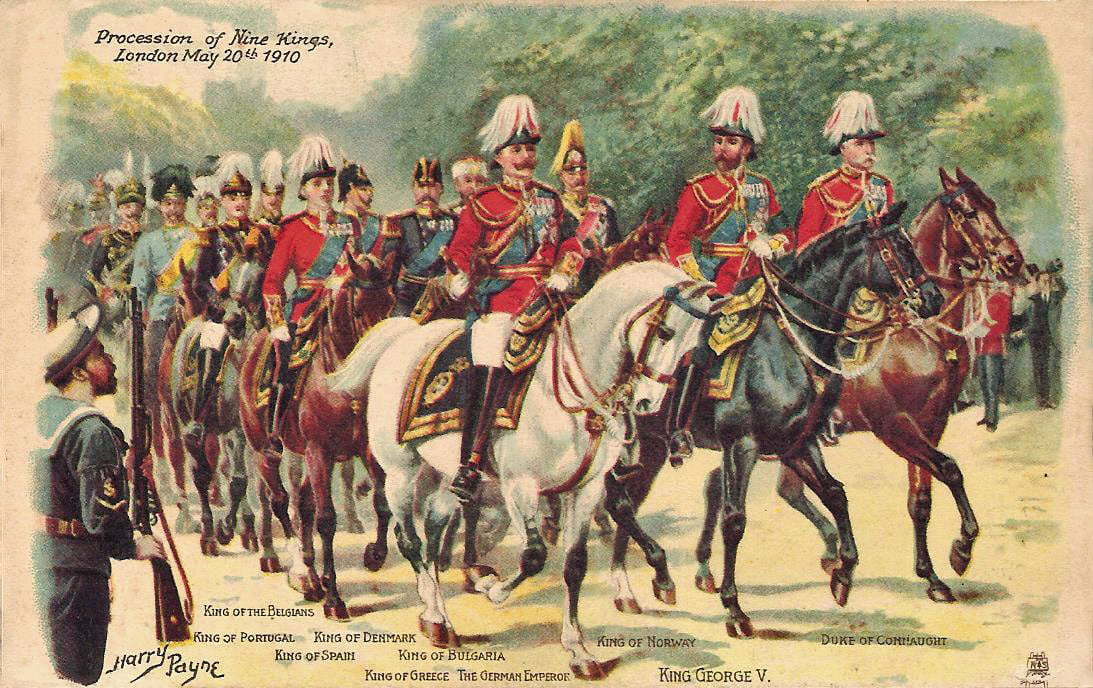 Custom dictates that the Royal Family adheres to a strict dress code at state funerals. An all black formal dress code is always respected. Ladies wear black knee length dresses, or coats, black hats, and may also wear face-covering veils (the flowing waist-length black veils worn by the Queen, Queen Mother and Princess Margaret at the funeral of George VI were a sombre reminder of the momentousness of the occasion).

Traditionally, gentlemen wear military attire, or – as was the case at the funeral of the Duke of Edinburgh – black morning coats with medals.