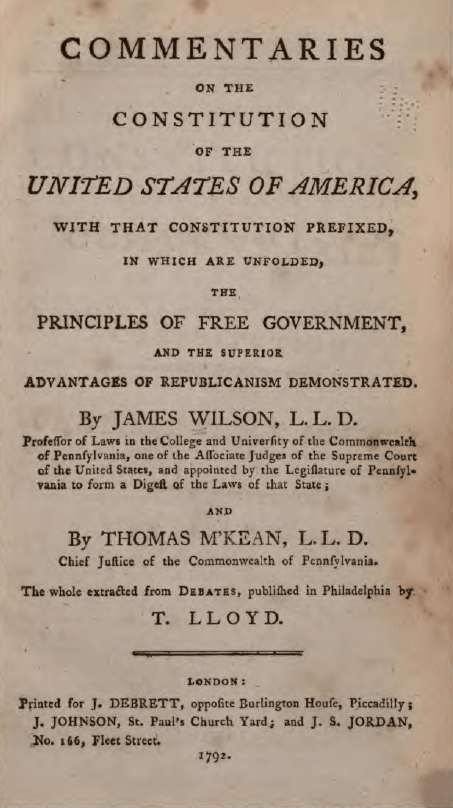 In July 1780 John Debrett placed an advertisement in the St James Chronicle:

‘John Debrett begs leave most respectfully to acquaint the Nobility and Gentry and his readers in general that he is removed from the late Mr William Davis’s the corner of Sackville Street to Mr Almon’s Bookseller and Stationer, opposite Burlington House, where he hopes he shall be honoured with their commands’.

This was the announcement confirming that John Almon had passed the baton to his protégé John Debrett, who had joined his company some years before. John Debrett was not the editor of the first edition of The New Peerage, but he certainly worked on the third edition and most likely the second, which was published in 1771.

John Debrett’s lifetime occurred during some of the world’s most interesting times and his catalogue reflects not only the wide range of books, pamphlets and journals he published but the historic events happening around the world during this time:

1782 - co-published the London Review and the European Magazine.

1790 - Journal of the Voyage to new South Wales by John White, Surgeon General to the Settlement

1791 - New Constitution of the Government of Poland

1793 - A Short History of the East India Company, by Francis Russell

1795 - ‘A Collection of State Papers, relative to the War against France Now carrying on by Great-Britain and several other European Powers…’

By 1802 John Debrett, with his shop at 180 Piccadilly, had become a well-respected and notable London bookseller, and in that year he brought out a new edition of Almon’s Guide to the Peerage. His name was now sufficiently recognisable for it to be entitled Debrett’s Peerage.