The Princess of Wales

The Princess of Wales 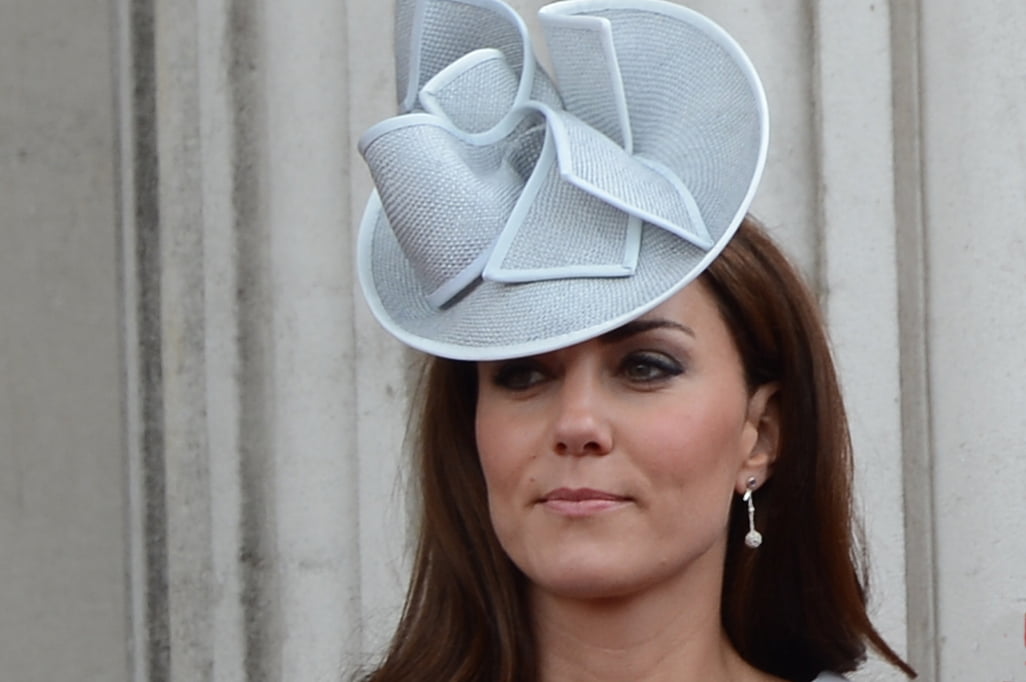 Catherine has demonstrated that she is willing to embrace  her royal role and is respectful, but not over-awed, in the face of royalty. She is ideally suited to the role of royal consort with her innate poise, grace, intelligence and discretion.

Catherine (or Kate) was born on 9 January 1982 at the Royal Berkshire Hospital. She was the first child of Michael and Carole Middleton, who met when they both worked at British Airways (she as an air hostess, he as a flight dispatcher). Her sister Pippa was born in September 1983, and her brother, James, in April 1986.

Shortly after James’s arrival coincided Carol started a business selling children’s party bags, games and decorations to time-pressed parents. The business thrived and by the time Kate was seven her parents could afford to send her to a private co-educational preparatory school, St. Andrew’s School in Pangbourne, West Berkshire. At St. Andrew’s Kate excelled at sport, learnt ballet and tap-dancing and was keen on drama.

In 1995 Carole and Michael Middleton’s company, Party Pieces, moved to larger business premises and the Middletons upgraded too, to a spacious five-bedroom house on the outskirts of the pretty Berkshire village of Chapel Row. In September 1995 Kate moved to Downe House School, an all-girls boarding school in Berkshire, where she did not thrive. So in April 1996 Kate’s concerned parents moved her to the co-educational Marlborough College in Wiltshire, where she blossomed. A former schoolmaster said, “She was universally liked and, to top it all, she was a joy to teach.” Kate shone academically, gaining eleven GCSEs and three A Levels (in Art, Biology and Chemistry), gained her Duke of Edinburgh’s Gold Award, and continued to excel at sport, representing the school at tennis, hockey, netball and athletics. Contemporaries recalled a good fun, yet naturally decorous pupil, who didn’t have to step out of line to be popular.

In 2000 Kate Middleton took a gap year. She headed to Florence in September for an intensive 12-week course in Italian at the British Institute. Coincidentally Kate, like William, went to Chile on a Raleigh International Programme. There was also a family holiday in Barbados and a stint crewing Round the World Challenge boats in the Solent.

In 2001 Kate enrolled at St. Andrews University to read History of Art and moved into St. Salvator’s Hall of residence, alongside Prince William. The pair soon became good friends, mixing with the same crowd and recognising a shared passion for outdoor pursuits.

Kate first caught the media’s attention when she modelled in a student fashion show in March 2002, for which William had bought a £200 front row seat. In September 2002 Kate Middleton moved into a flat in St. Andrews with Prince William and two mutual friends. In May the following year the couple were photographed deep in conversation at a rugby match; but at the time of his 21st birthday in June the Prince denied he had a serious girlfriend. Kate and William attended each other’s 21st birthday parties and, in September 2003, the flatmates found new lodgings in a cottage on a picturesque farm outside St. Andrews and it is believed the romance started around Christmas.

Kate graduated from St. Andrews on 23 June 2005 with a 2:1 in the History of Art. After university Kate faced the hurdles of any Arts graduate looking for a job, but was further constrained by her relationship with the highest-profile young male in the country. For the greatest part of the years leading to Kate’s engagement she worked for her parent’s company; Party Pieces afforded her flexibility and, crucially, guaranteed discretion.

Kate’s relaxed air with William’s intimate family circle was noted when, in March 2006, she appeared on the balcony of the Royal Box at the Cheltenham Gold Cup, alongside Charles and Camilla. Kate started work in November for the women’s fashion chain, Jigsaw, as an accessories buyer. In the following month Kate and her parents were the guests of Prince William at Sandhurst Military Academy when he passed out as an army officer in the presence of the Queen.

But Kate and William were the focus of intense media interest and, from time to time, harassment, which was a strain on their relationship. The Prince was concentrating on his military career and, following heartfelt talks during a spring 2007 skiing holiday, Kate and William agreed to split. Kate’s public demeanour continued to be cheerful and dignified, despite continued press interest.

That June William and Harry staged their memorial concert for Diana at Wembley Stadium and it was noted that an enthusiastic Kate was amongst the guests in the Royal Box. In October she was photographed with Prince Charles at Balmoral as she was taught to use a bolt-action hunting rifle, before joining a deer stalking party. The photos signalled Kate and William were firmly back on track. A month later Kate left her job at Jigsaw and returned to her flexible working arrangement with her parent’s company.

A Princess in Waiting

In May 2008 Kate was formally introduced to the Queen when she represented her boyfriend at Peter Phillips’s marriage to Autumn Kelly. In June Kate joined the royal family group at Windsor Chapel watching William installed as a Knight of the Garter, the first time Kate had attended an official royal public occasion. For the next two years the royal romance was conducted steadily, but largely stealthily – the couple were rarely photographed together.

In October 2010 William took Kate to Lewa Wildlife Park in Kenya, and proposed to her in a lodge nestling in the Mount Kenya range, close to Lake Alice. The wedding was announced on 16 November 2010.

The Palace announcement used the more formal ‘Catherine’, and from this point on Kate was transformed into princess-in-waiting, Catherine Middleton.

The couple were married on 29 April 2011 at Westminster Abbey. Viewers all over the world enjoyed the pageantry and jubilation – Some broadcast experts believe one in three of the world’s population viewed the royal wedding in some form In Britain, 26.2 million viewers tuned in to live coverage across the television networks.

Catherine Middleton, the descendant of Durham miners and Leeds lawyers, was marrying her Prince. This was history in the making.

Catherine has engaged fully in royal duties since her marriage. Her first official engagement as a married woman was when she met US President Barack Obama and First Lady Michelle Obama in May 2011. Later that year, in October, she undertook her first solo engagement, hosting a dinner for Kind Direct at Clarence House. On 19 March 2012 she gave her first public speech, at the opening of a children’s hospice, reflecting her continuing commitment to children’s palliative care and the hospice movement.

The Duke and Duchess’s first royal tour abroad was to Canada, in July 2011. The following year they undertook a Commonwealth tour as part of the Queen’s diamond jubilee celebrations. In April 2014 their infant son George accompanied them on a tour of Australia and New Zealand. They have embarked on an array of further royal tourss, to France, Belgium, Germany, Sweden, Norway, Northern Ireland and Pakistan. The Duchesss’s first solo trip was to the Netherlands in October 2016.

The Duchess has taken on a many royal duties and patronages in support of the Queen. Her charitable work focuses on children and young people, addiction and mental health issues, sport and art. Her patronages include: East Anglia Children’s Hospices, Action for Children, Evelina London Children’s Health Centre, the Anna Freud Centre, Action on Addiction, the All England Lawn Tennis and Croquet Club, SportsAid, the Natural History Museum, the Royal Photographic Society, the Victoria and Albert Museum. She is also patron of the Royal Air Force Cadets.

Over the years her increasingly chic dress sense has been hailed by style arbiters such as Tatler, People magazine and Vanity Fair. Frequently appearing on best-dressed lists, Catherine is a consistently elegant and well-dressed style icon, who seamlessly blends top fashion designers with high street brands. She is a highly photogenic and stylish adornment to the many public occasions she attends, and is much admired and emulated.

The Prince and Princess of Wales (as Duke and Duchess of Cambridge) on an official visit to Stockholm, January 2018  http://politick.in2pic.com 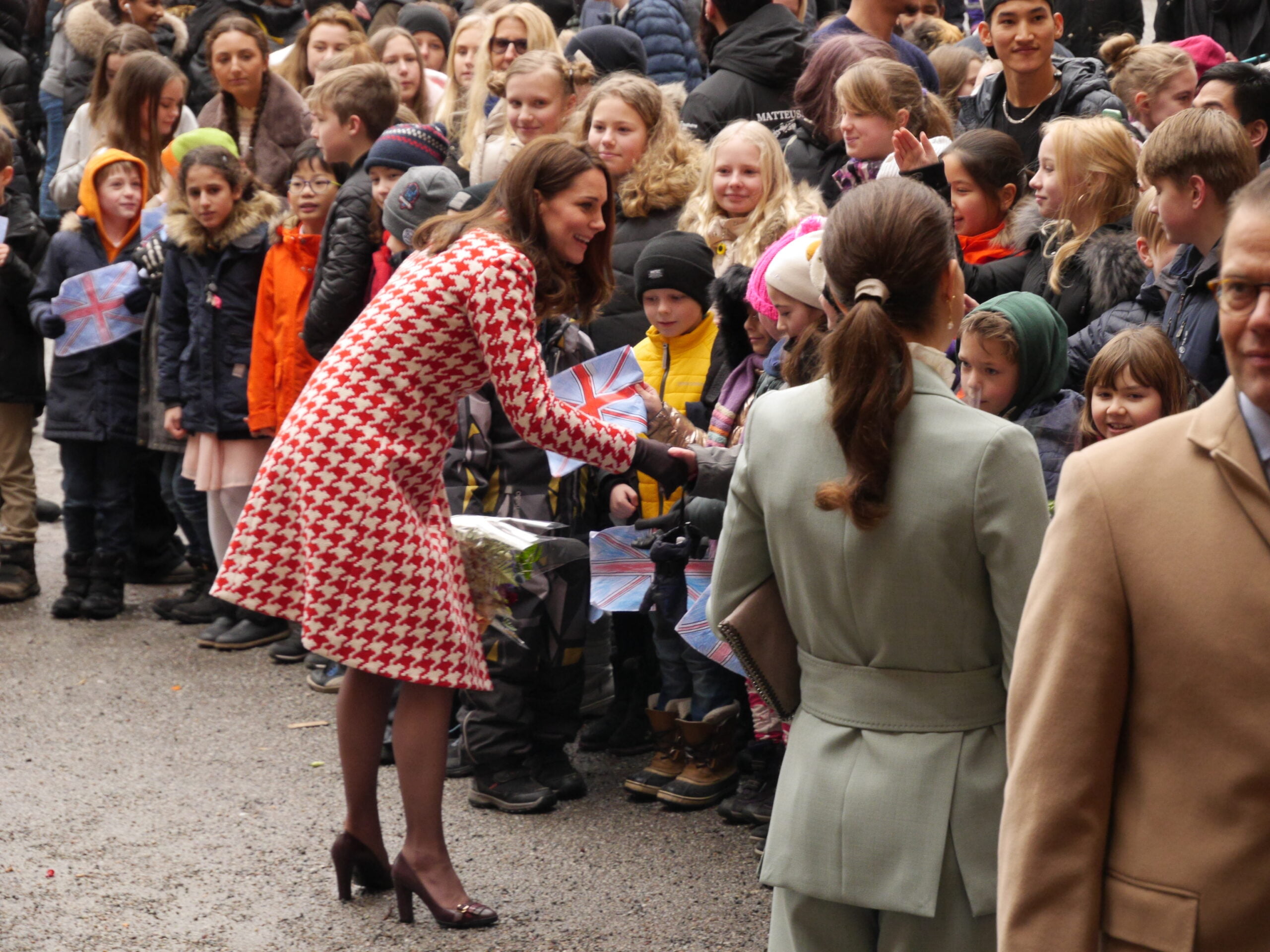 The Prince and Princess of Wales

The correct forms of address for William and Catherine are His Royal Highness The Prince of Wales, and Her Royal Highness The Princess of Wales. This reflects their new status as announced by HM King Charles III on 9 September 2022. Prince William remains the Duke of Cornwall and Cambridge and like all dukedoms (both royal and non-royal) the Cambridge title also has lesser (or subsidiary) titles, the Earl of Strathearn and Baron Carrickfergus.

Since becoming heir to the throne, Prince William has also inherited a number of titles from his father, which includes the dukedoms of Cornwall and Rothesay, the earldoms of Chester and Carrick, and barony of Renfrew. The Prince is also Lord of the Isles and Prince and Great Steward of Scotland.

In conferring a dukedom upon her grandson, Queen Elizabeth II was conforming to a long-observed royal tradition. The first royal dukes were created on the same day in 1362, when King Edward III created his third son, Lionel of Antwerp, Duke of Clarence, and his fourth son, John of Gaunt, Duke of Lancaster. He further created his fifth son, Edmund of Langley, Duke of York, and his youngest son, Thomas of Woodstock, Duke of Gloucester, on the same day in 1385.

In the Stuart dynasty four sons of James, Duke of York (later King James II) were all created Duke of Cambridge, and all died in infancy. In the House of Hanover King George III created his 7th son, HRH Prince Adolphus, Duke of Cambridge in 1801. He was Lieutenant General in the British Army and Chancellor of St. Andrews University, and died in 1850, when he was succeeded by his son, HRH Prince George, 2nd Duke of Cambridge. He married in contravention of the Royal Marriages Act and the title became extinct upon his death in 1904. Cambridge later existed as a Marquessate from 1917, when it was conferred upon Queen Mary’s brother, until 1981 when the 2nd Marquess died and the title again merged with the Crown.