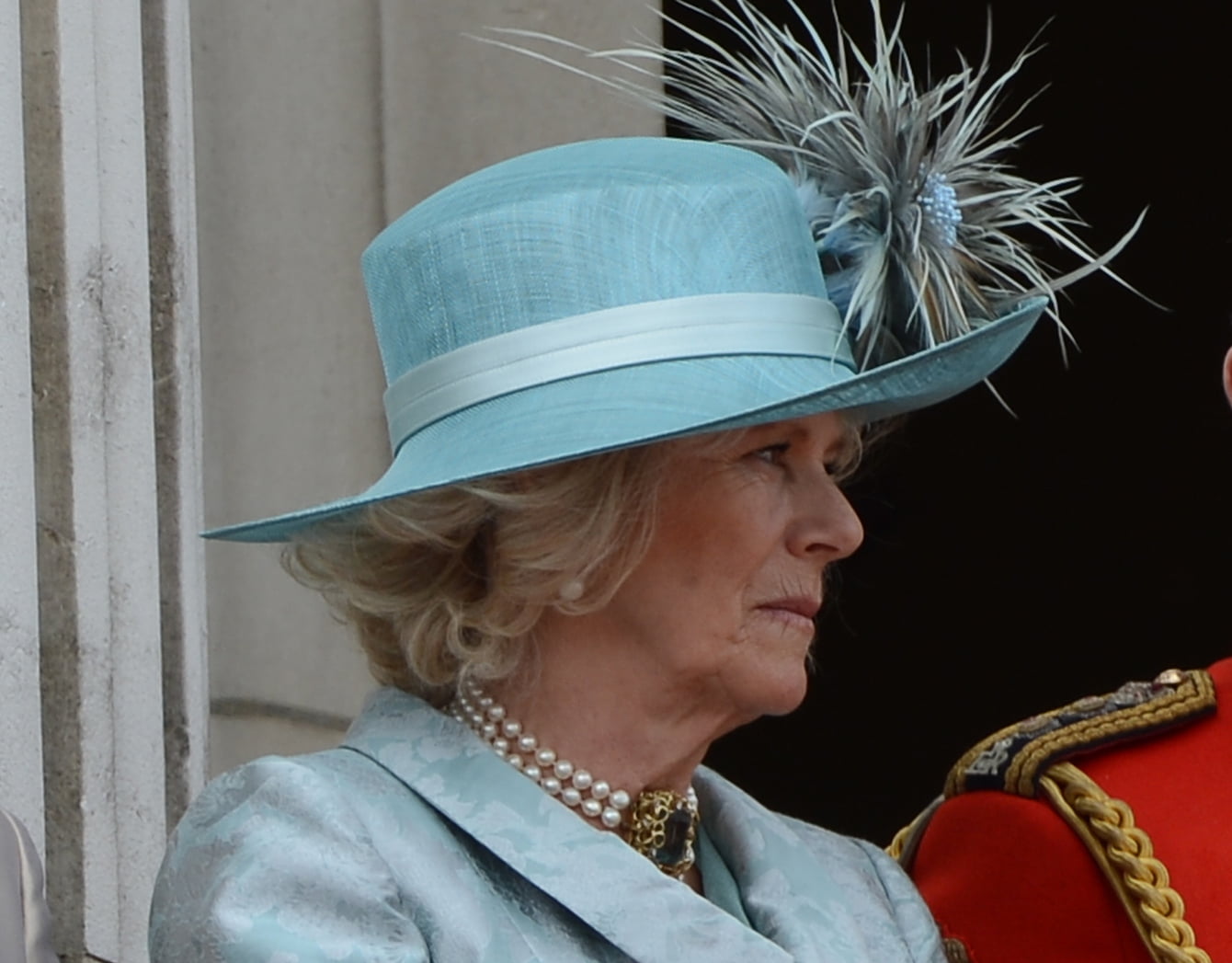 Camilla, the eldest of three children, was born on 17 July 1947 and grew up in East Sussex and London. Her father was Major Bruce Shand. Her mother, Rosalind, was daughter of Roland Cubitt, 3rd Baron Ashcombe. Her maternal great-grandmother, Alice Keppel, was the mistress of King Edward VII.

She was first educated at Dumbrells School, a co-ed school in Sussex, and later attended the all-girls Queen’s Gate School in South Kensington. Known as ‘Milla’, she was a popular and vivacious tomboy, with an infectious sense of humour. She loved reading, but left school at the age of 16 with just one O level. She was a passionate horse-rider, amateur artist, and her interests subsequently included fishing and horticulture.

In January 1973 Prince Charles embarked on a seven-month journey in the Caribbean on board HMS Minerva. It was during this absence in March 1973, Camilla became engaged to Andrew Parker Bowles. They were married on 4 July 1973 at the Guards’ Chapel, Wellington Barracks at a wedding attended by Princess Anne and Queen Elizabeth the Queen Mother. Camilla went on to have two children: Thomas Henry and Laura.

Charles and Camilla became romantically involved again shortly after the birth of Laura, and they remained very close until Charles became engaged to Diana Spencer in 1981. Charles later insisted that he remained faithful to Diana until their marriage had ‘irretrievably broken down’ in 1986. In 1994, Charles admitted his infidelity in a televised interview with Jonathan Dimbleby and admitted he was feeling increasingly estranged from his family.

In January 1995, Camilla and Andrew announced their divorce – they had been living apart for two years. Later that year, in November, Princess Diana gave her famous Panorama interview with Martin Bashir in which she told viewers “there were three of us in this marriage – so it was a bit crowded”. Within less than a year Charles’s marriage to Diana was dissolved – at this point they had been living apart for four years. On 31 August 1997 Diana was killed in a car accident in Paris.

In the aftermath of Diana’s death Charles and Camilla were forced to keep a low profile, but Charles refused to end the relationship. In January 1999 Charles and Camilla made their first public appearance as a couple at her sistern’s 50th birthday party, held at the Ritz. In 2000 Camilla met Queen Elizabeth at the 60th birthday party of the former king of Greece, King Constantine. This was seen as giving the relationship an apparent seal of approval.

The couple’s engagement was finally announced on 10 February 2005. Camilla wore a ring from the Queen Mother’s collection. The ring features a five-carat emerald-cut diamond in the centre, with three diamond baguettes on each side.

Camilla and Charles were married on 9 April 2005 at a civil wedding at Windsor Guildhall, which Queen Elizabeth and Prince Philip did not attend, followed by a Service of Blessing at St George’s Chapel in Windsor Castle. At the reception the Queen gave a warm and affectionate speech, toasting the couple with the words: “My son is home and dry with the woman he loves.”

Camilla holds the rank of the highest woman in the order of precedence. The couple’s official residence is Buckingham Palace. She attended the Trooping the Colour for the first time in 2005, and later that year she made her first official visit overseas, to the United States. She has since travelled with the King, as Prince of Wales, to an extensive list of countries, including: Egypt, Saudi Arabia, India, Turkey, Chile, Brazil, Ecuador, Italy, Germany, Hungary, the Czech Republic, Poland, Portugal, Spain, Morocco, Jordan, South Africa, Tanzania, Norway, Sweden, Denmark, France, Gambia, Ghana, Nigeria and Cuba.

The Queen Consort is a patron of many charities, which reflect her interest in wildlife, animal welfare, literacy, health and wellbeing. They include: the Animal Care Trust, the British Equestrian Federation, Battersea Dogs and Cats Home, The National Literacy Trust, the Society of Chiropodists and Podiatrists, Trinity Hospice, Arthritis Research UK, the Nuffield Friendly Society, the Royal National Hospital for Rheumatic Diseases. She has a particular interest in osteoporosis – her mother died from the disease in 1994. She became a patron of the National Osteoporosis Society in in 1997 and president in 2001. She even appeared, as herself, in the BBC Radio drama The Archers in 2011 to raise awareness of the disease. She has also worked hard to raise the profile of victims of rape and sexual abuse, opening – for example – a centre for rape victims in Ealing, West London, in 2011.

In February 2022 Queen Elizabeth stated that it was her ‘sincere wish’ that Camilla would be known as queen consort on Charles’s accession to the throne, removing any ambiguity surrounding the putative title of ‘princess consort’ suggested by Clarence House in 2005, perhaps to pre-empt any reservations felt by the public on the occasion of Charles’s second marriage.

Camilla, HM The Queen Consort, met Prince Charles when she was just 24 years old, and the love affair that ensued was to endure, intermittently, despite the vicissitudes and traumas of divorce and separation from their respective partners. Since her marriage to Prince Charles in 2005 she has become a high profile member of the royal family and a stalwart support to both her husband and the late Queen Elizabeth II. 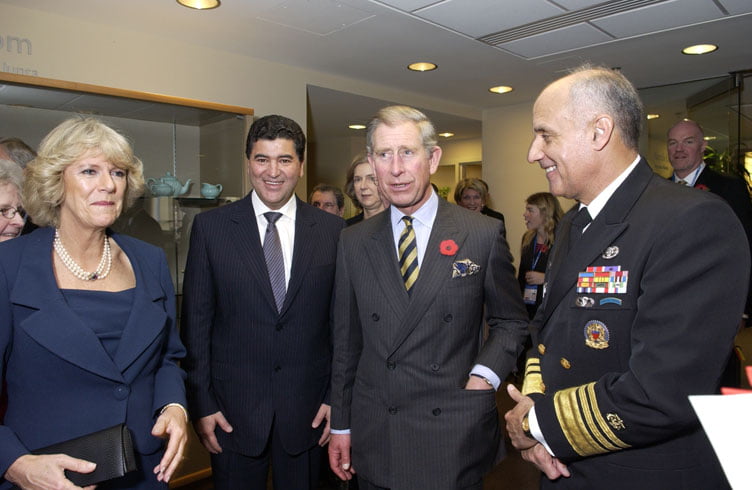