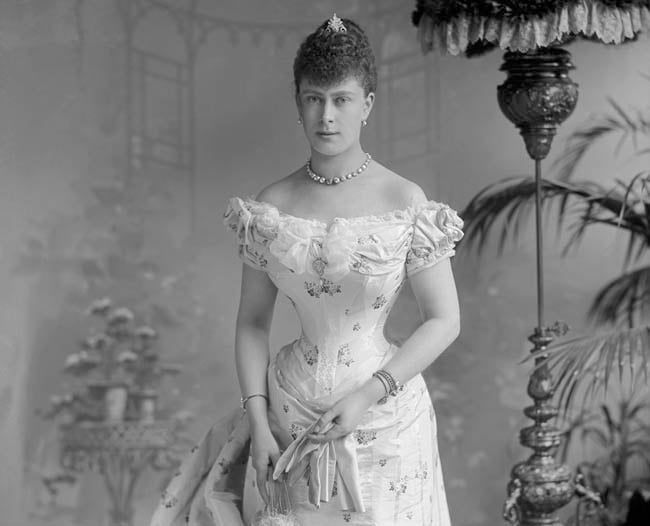 Mary of Teck was born a Victorian, and was crowned Queen at the end of the Edwardian era. The reign of King George V and Queen Mary marked ­– from 1917 – the inception of the House of Windsor.

Determined, pragmatic and materialistic Mary of Teck endured a penurious childhood. Her father, the Duke of Teck, was a weak and self-indulgent fop who married Princess Mary Adelaide, who was massively overweight and needlessly extravagant, the Tecks lived on Queen Victoria’s charity (Mary and Victoria were first cousins), and the family was eventually housed in White Lodge in Windsor Great Park.

Their daughter, Princess Mary (known as May), lacked charm or beauty, but was competent and dutiful and singled out as a wife for Eddy, the dim-witted Prince of Clarence, well known for his homosexual escapades and doomed love affairs. Queen Victoria backed the match, although Eddy’s parents – Bertie, the Prince of Wales and his wife Alexandra – were not keen. Then, disaster struck: Eddy fell ill and was dead within a week; the Waleses turned to Eddy’s fiancée for comfort. Queen Victoria had decided that George (Eddy’s younger brother, a plain-spoken, ill-educated sailor, who loved country pursuits) should marry May and eventually the somewhat reluctant George was dragged to the altar on 6 July 1893.

May went on to have five sons and one daughter, though she was far from maternal. Indeed, she completely rejected her youngest son, John, who was epileptic and suffered from learning difficulties. He was exiled to a farm just two miles from Sandringham, where he lived in the care of his doting nurse. His siblings visited him regularly; his mother would have nothing to do with him. When he died in his sleep in 1919, she wrote:“I cannot say how grateful we feel to God for having taken him in such a peaceful way.”

On the death of Queen Victoria, George and May became the Prince and Princess of Wales and moved to Marlborough House, where they lived a comfortable life, away from the excitement of the court. But in 1910 Edward VII died, leading to the accession of George V and May (now known as Mary) as his queen.

The Great War showed Queen Mary at her best, revealing her to be an excellent organiser and dogged relief worker. In the interests of patriotism, it also saw the Anglicisation of the Germanic Saxe-Coburgs to the House of Windsor. The roaring twenties did not suit Queen Mary at all: she maintained her Victorian style, appearance and values and was appalled by the antics of the flappers and fast set, which rapidly absorbed her eldest son, David, Prince of Wales.

The greatest crisis of her life followed the death of George V in January 1936, and David’s accession to the throne as Edward VIII. After affairs with a string of mistresses he had fallen passionately in love with the American divorcée, Wallis Simpson. Only one divorced woman, Eleanor of Aquitaine, had ever been a queen consort, and her royal credentials were impeccable. It soon became apparent that if Edward wanted to marry Wallis, he would be forced to abdicate, which he did on 11 December 1936. Queen Mary showed no emotion to her son, and when she met him at Windsor after his abdication speech to the British people, she merely wished him goodbye and God bless, and turned to her second son, Bertie, curtseying and proclaiming “God save the King”. She left without a backward glance.

All her service, duty and devotion was lavished on the new royal family, and she played a major role in the upbringing of her favourite grandchild, Princess Elizabeth. She lived long enough to see the coronation of Elizabeth, and died in March 1953, marking the true end of the Victorian era. 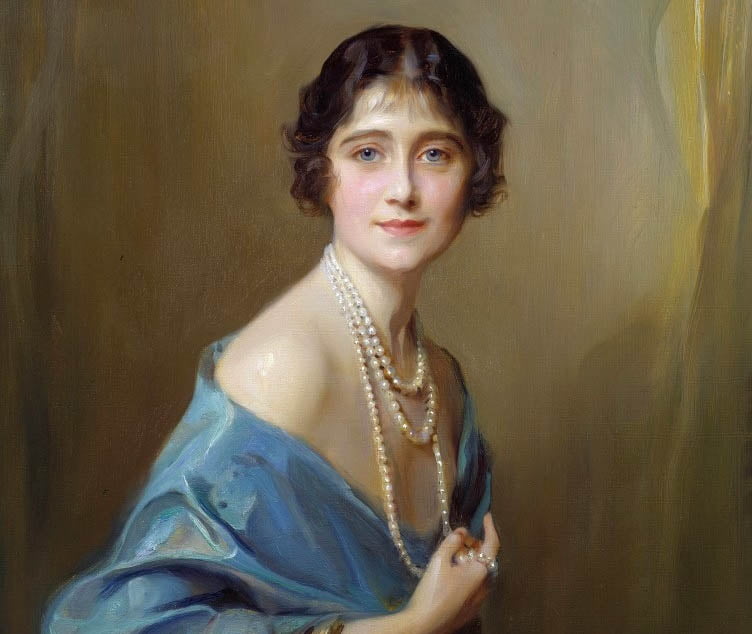 Elizabeth was the second-to youngest child of the Earl of Strathmore and Glamis, and grew up enjoying the comfortable life of the landed gentry, dedicated to country pursuits, and well away from the court.

Her debut into society was delayed by her work during World War I, running the vast convalescent home at Glamis Castle. Pretty and charming, she was an instant success in post-war London, with many suitors. Albert, Duke of York (known as Bertie) fell in love with her, and apparently proposed a total of five times. She eventually acceded – her initial reluctance may well have been an unwillingness to take on royal duties and responsibilities.

They were on married on 26 April 1923 in Westminster Abbey. Bertie, shy, stammering and awkward, blossomed. He even hired a speech therapist to help him master his speech impediment and gained in self-confidence. The royal couple were great favourites on their royal trips abroad, though – a dedicated mother – she was furious when she was expected to join her husband on a ‘round the world’ tour just a few months after giving birth to Elizabeth: “we are not supposed to be human!” she expostulated.

In 1936 the abdication crisis shattered their peaceful idyll. Bertie’s elder brother David, who had succeeded his father as Edward VIII, refused to relinquish his relationship with his divorced mistress, Wallis Simpson. Elizabeth intensely disliked Mrs Simpson, who she perceived as shallow and frivolous. She remained implacably set against her.

When Edward abdicated, Bertie became George VI – he suffered a short nervous collapse and had to be propped up by his wife, though he soon proved himself a very capable monarch.

The next challenge was World War II, when the royal family were stalwart role models, who refused to leave bomb-damaged London. They also refused to send their two daughters to safety in Canada (Windsor was considered good enough) and even endured direct hits on Buckingham Palace.

However, the war had taken its toll on George VI and at the beginning of the 1950s he suffered a number of ailments. In January 1952 he died in his sleep, while his 25-year-old daughter was away touring East Africa with her husband, Prince Philip. The newly-widowed Queen Mother, although initially plunged into grief, rallied, dedicating herself to her daughters and her grandchildren.

She became a great favourite with the public, much admired for her cheerful smile and indomitable spirit. She died in 2002, aged 101, the longest-lived member of the British royal family.